2 years ago I bought the ThinkPad W540. Having 2 SSDs and 32GB of RAM allowed me to run 6 simultaneous Virtual Machines for my SQL Server Disaster Recovery Demo. I sold that laptop last year, and I feel the urge to get a new one this year. Now, some readers will know that I already have a Surface Pro 3, but that’s given by the company and hence restricted for work. Getting a personal laptop means you are free to code away or play around with Lightroom on your free time. During the absence of a personal laptop, I do my personal codes and Photoshop-Lightroom thinkering on my old iMac 27″ (which I upgraded to Yosemite recently). After a while, I miss the mobility of a laptop: the 27″ iMac was upstairs, and I can’t type or mouse stuff anymore on the dining table downstairs, on the living room’s sofa, or even in the kids playroom downstairs. I fell asleep in the airport lounge and almost missed my flight cos I got so bored reading news on my smartphone’s small screen and didn’t have a laptop with me 🙂 And so the search for a new laptop begins…

Gimme the best speed with NVMe

Non-Volatile Memory Interface on PCI-Express (short NVMe) is the better way for non-spinning storage. The old way is AHCI on SATA. NVMe was built with parallelism in mind, just look at the table below: 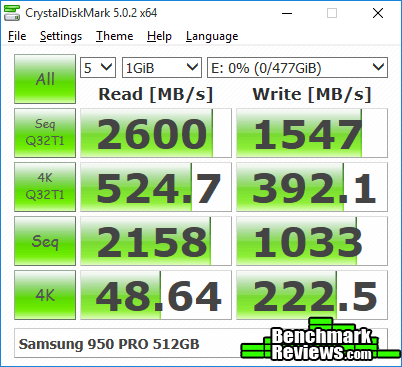 
More speed with RAID-0 if possible

So now we know that NVMe SSDs are the way to go for fast drives, and if we buy 2 of those NVMe SSDs, why don’t we just RAID-0 them to squeeze out even more performance juice? Check out the RAID-0 benchmark below: 3278 MB/s for Read and 3021 MB/s for Write! 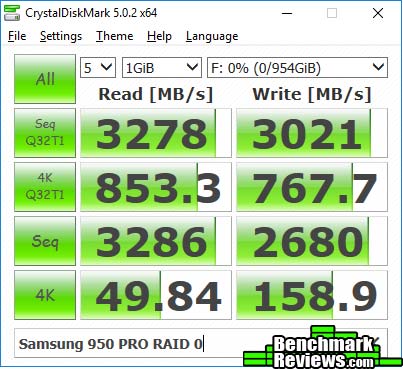 ThinkPad has a new series, called the “P” series, I guess P for “Performance”. The P Series has 2 subdivisions: ThinkStation Workstations and ThinkPad Portable Workstations. The P series laptop provides a variety of choices: P40 Yoga if you need foldable touch laptop with good performance, P50 if you need 15″ workhorse, P50s is the cheaper version of P50. And finally you have the monster P70 17″: 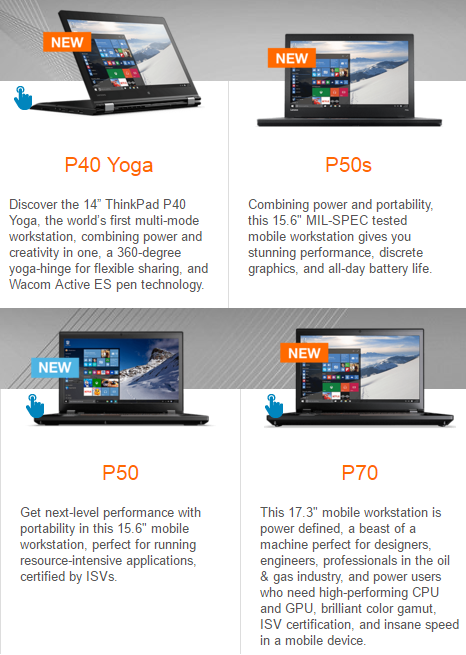 Obviously I will go for the ThinkPad P70, but don’t order the Full Options from Lenovo.com website, as it will cost you more to get all the parts from Lenovo. I suggest buying the minimal barebones required and then buy the SSDs from Samsung and the 64GB RAM from Crucial 🙂

Oh, and the P70 has 2 slots for NVMe SSDs (which can then be configured for RAID-0), this according to their manual: 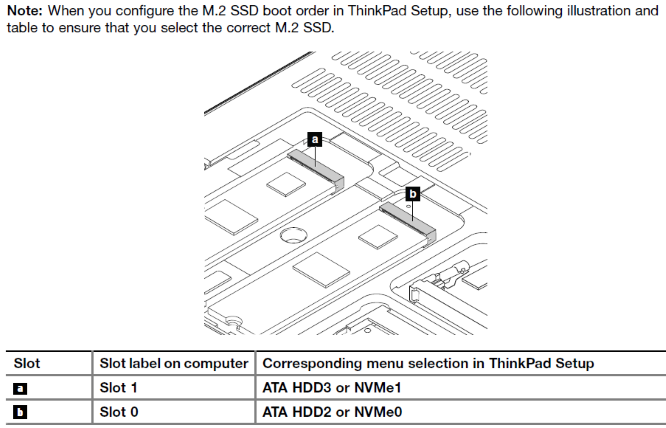 Lenovo charges a lot if you decide to buy more RAM from them and opt for the NVMe SSDs. However, RAID configuration will only show in BIOS Options if you order the RAID option from Lenovo’s website (so you if you buy P70 from Amazon, you will not get the RAID option in BIOS). Also, ordering RAID NVMe SSDs are expensive from Lenovo, so I suggest we order RAID from Lenovo in HDD mode: meaning we want the RAID in BIOS options, but we can settle for the slower 7200rpm spinning mechanical hard disk drives.

Processor – you don’t need to order Xeon unless you want to buy ECC RAM. ECC RAM costs more. Leave Xeon for Workstations and Servers, not for laptops, at least for now. We want the fastest laptop and can tolerate the memory getting some errors and redoing the operations again, after all RAM is fast. And you don’t need the higher-end i7, because I don’t believe you have to pay $230 for a meager extra 100Mhz (3.5 GHz vs 3.6 GHz).

Operating System – choose Windows 10 because NVMe drivers come natively since Windows 8.1 and Windows Server 2012 R2. Choose Pro if you’re going to use Hyper-V (because Hyper-V role does not exist in the Home edition). Otherwise if you’re using VMWare or VirtualBox, you can save $30 and choose the Home Edition 🙂

Screen – choose 1920×1080. 4K is good only if you constantly connect your laptop to an external 4K Monitor like the LG 34″ 21:9 UltraWide monitors. But then, why buy a laptop if you’re going to constantly connect to an external monitor? Might as well buy a ThinkStation workstation 🙂 When I bought the W540 I chose the 3K 2880×1620 screen, and then I faced this scaling issues with Photoshop and other apps that are not yet high-DPI-aware.

Memory – leave it at the 8GB default. We can buy 64GB of RAM from Crucial for a cheaper price…but check Crucial’s stock first. If it’s gonna take a long time to ship, you may want to order from Lenovo.

GPU – leave it at the Quadro M600 with 2GB VRAM default. We’re not trying to render the next Toy Story here 🙂 Just enough for PhotoShop, Lightroom, Premiere Pro, After Effects and some games.

However, if you have $350 lying on the floor, you may want to upgrade to M3000M with 4GB VRAM. According to NVidia’s site, the M3000M has 1024 CUDA GPU processors available for general-purpose computing to help the CPU, and the memory has bandwidth of 160 GB/s. The default M600 only has 384 CUDA and 80GB/s memory bandwidth.

Color Sensor – Don’t. I bought my ThinkPad W540 with Color Sensor and found the feature completely NOT useful. Save yourself $70 and buy yourself a real USB Color Sensor: X-Rite ColorMunki or DataColor Spyder.

RAID – YES, choose Raid-0. We want that 3000+ MB/s Read performance. Choosing RAID will tell Lenovo to make the RAID option in BIOS visible and configurable. This is what we want, otherwise we are stuck with non-RAID BIOS.

Solid State Drive – NONE. Why do we choose this one? Simple, because Lenovo’s NVMe SSD cost $500. And Samsung’s NVMe SSD cost $177 for the 256GB config. So we’ll buy our own SSD later, thank you.

Secondary SSD – NONE. Because we need identical drives for RAID-0, we’re going to buy 2 of Samsung NVMe SSD separately later. 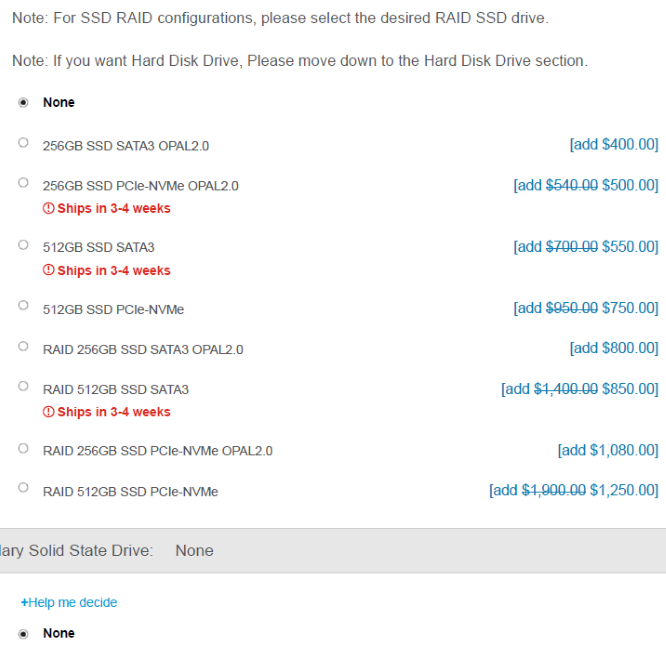 Hard Disk Drive – Choose the lowest capacity, 500GB. We are anyway going to replace this with Samsung 850 EVO 🙂 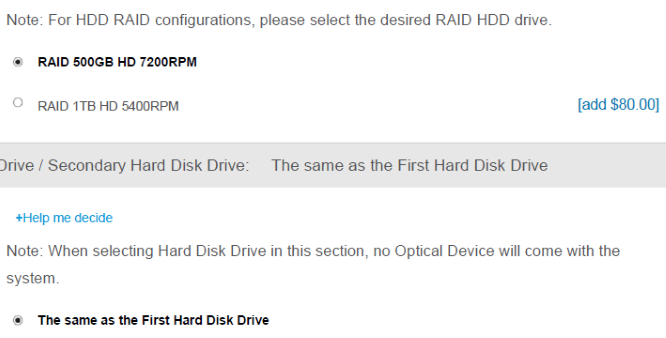 Ok that’s it for Lenovo configuration. Total for this base configuration is $1,763. Next we’re gonna buy our own RAM and SSD to create our monster laptop 🙂 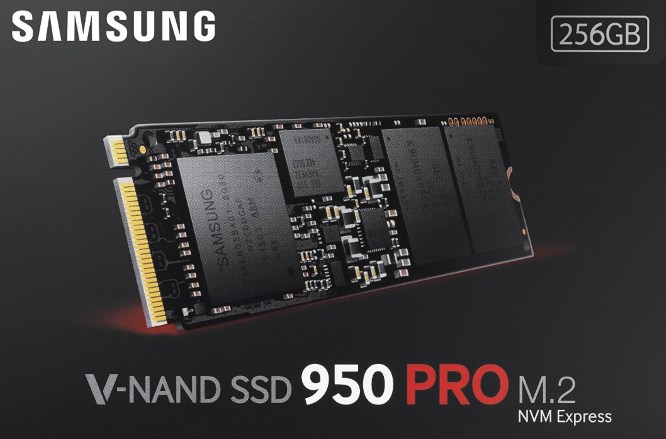 We are replacing the Primary HDD and Secondary HDD with 7mm SATA SSD to get the speed we want. Our choice will be Samsung 850 EVO 512GB that costs $150 each. So buy 2 because we’re going to RAID-0 this baby to get total 1TB combined RAID-0 capacity.

So that’s it, here’s how we’re gonna “tier” our storage:

This is an investment that will last 3-5yrs. You don’t have to spend all at once right away; you can always buy the minimum P70 config and wait until RAM and SSD get even cheaper, then replace the HDD with the SSD, and finally the normal SATA SSD with the faster NVMe SSD. 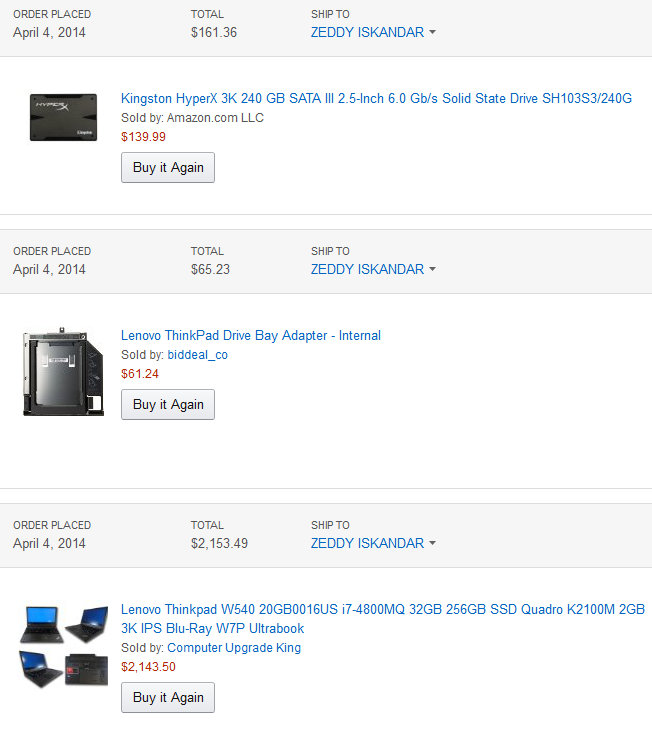